Clover Pass Resort manager Russell Thomas snuck his kids, Carter & McKenzie,  out of school Monday morning to join his friend Eric and Eric’s son Bryce out on the water to take advantage of some end-of-season coho fishing.  The weather was windy but the fishing was great, with all of the kids hooking into two nice coho each during the morning outing.  The kids had fun but were all disappointed to find out they had to go back to school for the last half of the day! 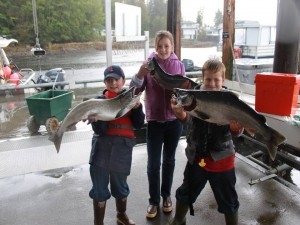 Bryce, McKenzie, & Carter (L to R) with their catch 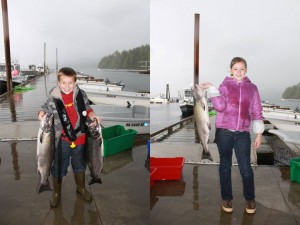 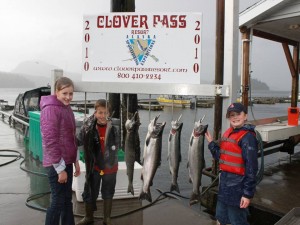